Between 1.100 – 1.900 meters the Stara Planina mountain is almost covered with snow during five months of the year. It has good potential for building long ski slopes for alpine skiing. 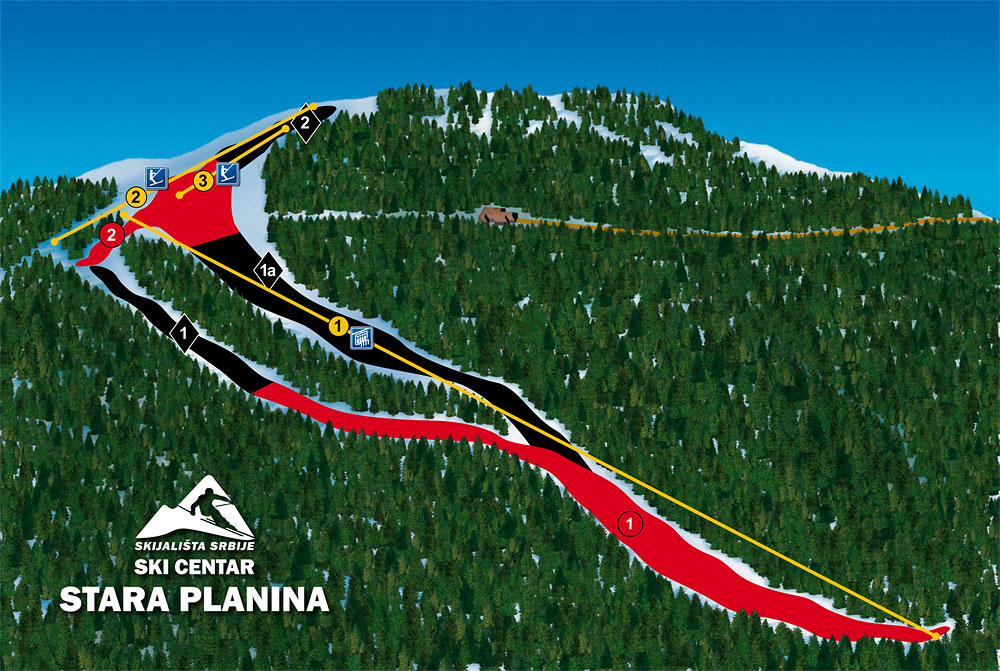 " Babin zub " (with its’ peak on 1.758 m) is one of the most beautiful landscapes of Stara Planina. The fascinating cliffs of Babin Zub end southwest from the tip of Midžor (2.169 m), the highest peak of the Stara Planina and Serbia. Babin zub is a protected natural reserve.

The ski center "Babin zub" has ski slopes on "Konjarnik", "Suncana Dolina" and "Markova livada," which is lighted for night skiing. Ski slope "Babin zub" has a newly built four-seat ski lift "Konjarnik" with a conveyor belt for loading skiers, with a capacity of 1.500 skiers per hour and a ski lift "anchor", "Suncana dolina " with a capacity of 1.200 skiers per hour, as well as a baby ski lift "Markova livada ".
The ski resort Stara Planina has a built in artificial snowing system, in case of lack of snow, the visitors can enjoy winter sports.

With the construction of ski lifts and slopes, accommodation facilities and other infrastructure, Stara Planina will quickly become one of the largest and most important ski centers in Serbia, especially for fans of ski sports and high quality skiing in the region of immense beauty and untouched nature.